Today was a fun, however, very frustrating day.

It started off with us waking up late and heading to the Disney Resort, Aulani. We could only go to the beach by the resort and it looked really beautiful. The resort is by a little lagoon where you can lay out, with few crowds, and go snorkeling. We saw a few fish and spent the afternoon in the sun.

We had to return the car by 4:00PM so we wanted to fit in another activity before the day was over so we headed over to Lanakai and did the Koko Crater Trail, in our sandals. Opinions on how successful the hike was may very….anyways, the views were spectacular. 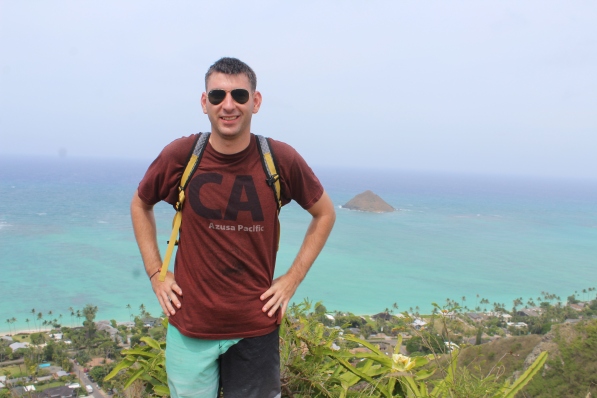 We then drove back to Waikiki to drop off our rental car. However, when we went to drop off the car there was no one at the desk to give the keys to. Very frustrating because all we could find was different policies saying we would incur fees if the car was received late. We finally got ahold of someone, after customer service dropped our calls repeatedly, and they told us we could return the car at another location with their partner company, Budget. However, once we got to budget they told us they could not accept the car. We then attempted to contact Avis again and had no luck. Our last resort was the Waikiki airport. But if we were to take the car to he airport we would have no way to get back to our hotel. By this time we have been trying to return the car for 3 hours now. We are hungry, tired, and in desperate need of a shower. We return the car to Avis at the airport and ask they provide a ride home and and remove all late fees. They eventually removed the fees and gave us a different car to return to the exact same location, they would just accept it this time. A whole lot of fighting and mess to just return a car. To top it all off, there were a bunch of hidden fees on our bill that we ended up having to call back about. UPDATE: IT IS JULY 28TH AND THEY STILL HAVE NOT TAKEN OFF THE UNSUPPORTED FEES.

Avis is a terrible company. Do NOT rent cars from them.

After finally dropping off the car we returned to our room, showered and went to some diner down the street with really strong drinks.